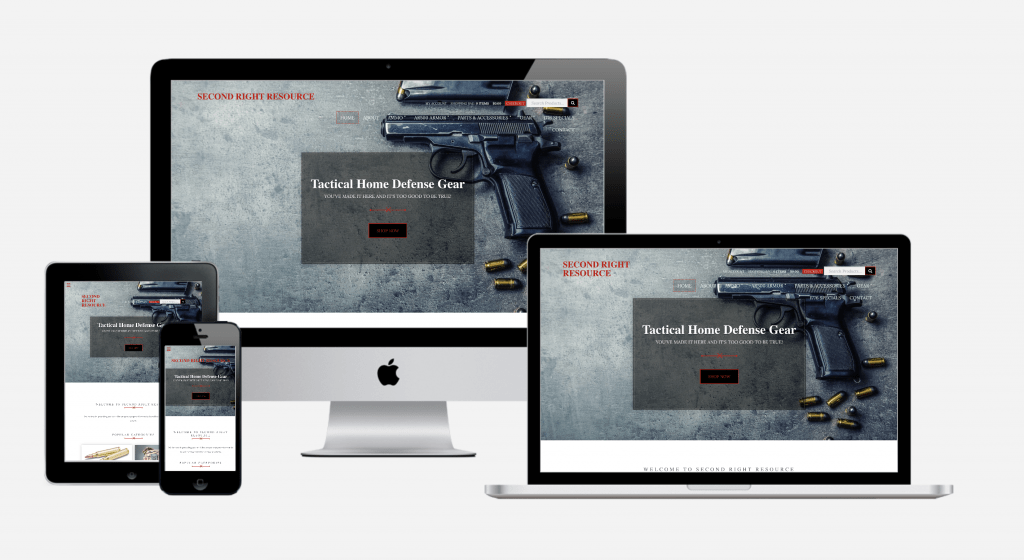 In late May 2021, we were contacted about their SEO. Another SEO agency sent them a report and tried to pitch them, and they reached out to us instead. After reviewing the report, and conducting our own SEO audit, we informed them about the gravity of the situation. The reality was that their website had about 20% of all required technical SEO code requirements. A few days later we entered into a 12-month contract for SEO upgrades.

The Second Right Resource project was for a WordPress website. We were brought in for web development.

This was a rather unique situation. It's an ecommerce store in the firearm industry, and Shopify had just shut their store down. So, we were pressed for time to not only get a website back up, but also to not lose traction on the current customer base.

To top it all off, we had to work with EcomDash and Inovio Payment Gateway to setup all of their specific integration requirements. For reference, the EcomDash system and the Inovio payment gateway aren't widely utilized systems. Which turned out to be much more of a complicated task than we initially recognized.

The project took about 45 days to get the site back up and running. Which was mostly due to these custom integrations. Were it not for these necessities, the project would've been done within three weeks.